We went playground-hopping today and found an absolute treasure of a playground at Hobsonville Point which is on the very western edge of Auckland harbour (Waitemata harbour). It had some very interesting  sculptures for children to climb on and interact with and was a big hit with our kids. 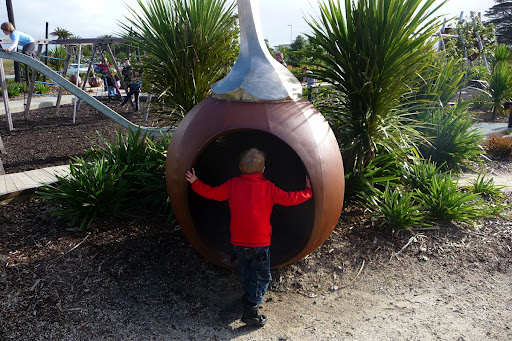 We saw two magnificent rainbows while we were there and Daniel insisted we chase them to catch the pots of gold at each end. But not before he got an ice-cream by which time the rainbows had vanished.

Freud’s blood results were a huge improvement on last week’s but are still abnormal and so it is likely he has chronic kidney disease. We are managing it well however and Ben caught him licking the dining table this evening so he’s back to his usual self – his healthy obsession with food has returned.