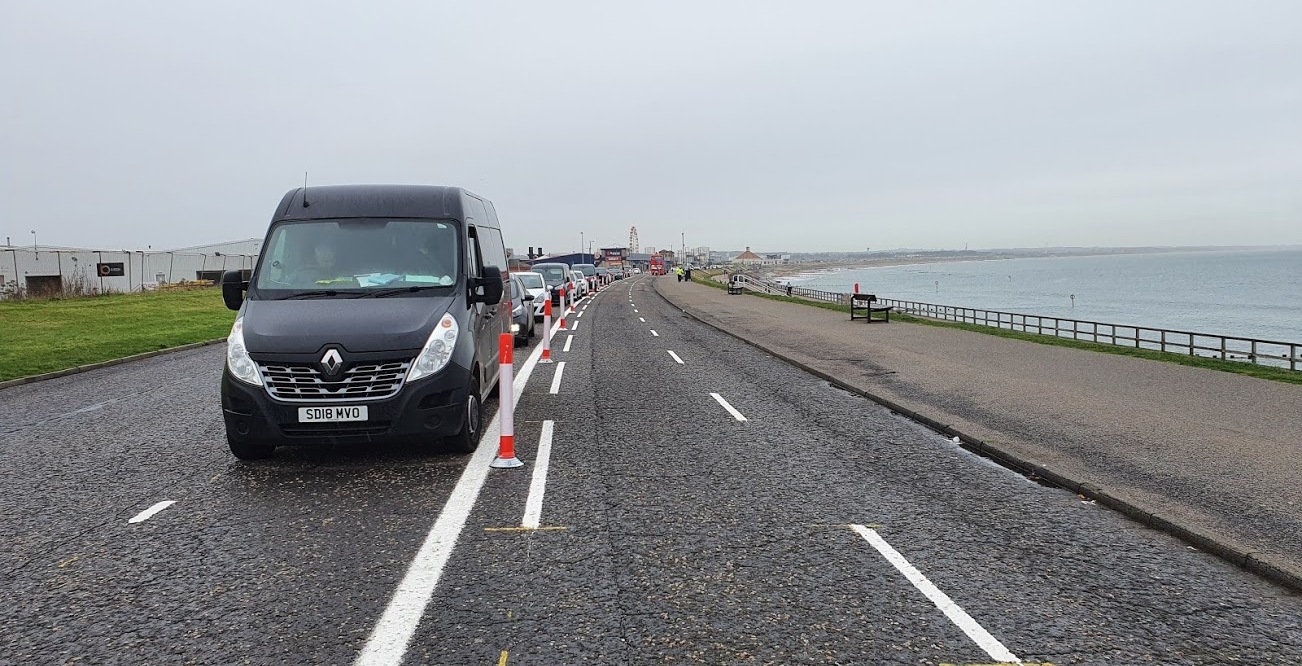 Last month for the first time ever I was impressed with the Aberdeen city council for installing European-style bike lanes at the beach. This was a first for Aberdeen which is an oil city with a transport strategy straight out of the 1970s.

The bike lanes were built with funding from the Sustrans Spaces for People fund to encourage active travel and social distancing during the pandemic. Although they were only temporary measures and installed using paint and traffic cones there was hope among cyclists and environmentally concerned citizens that it would become permanent and that the city was finally entering the 21st century.

This week, less than two months after the cycle path was installed, the council has announced plans to remove it. I emailed my councillor to express disappointment and to ask why. The excuses given are very poor.

One reason was that motorists are inconvenienced when unloading their car. I am not kidding. Yesterday I cycled along the pathway and took some photos. You’ll see in my photo below that the order from left to right is of carriageway, car parking, cycle path, and pavement. This is standard practice for good cycle path design. You should never put cyclists between car parking and the carriageway because this is dangerous. Instead the cycle path should be between the pavement and the car parking with a buffer zone to prevent dooring which is exactly what the city council has done. The recommended buffer zone width is 50cm – 100cm.

One improvement they could have made to appease motorists is to increase the buffer zone width to 100cm which would give motorists more room when unloading their cars. Of course, it doesn’t help when motorists park over the white line or in the bike lane itself. I saw plenty of this too.

The new layout catered to every road user with each given their own space. Very little space was taken from motorists because the road was wide enough to slot in a cycle path on the side of the carriageway and still maintain almost all of the parking spaces.

Once again the convenience of motorists is prioritised over a non-polluting, zero emissions mode of transportation and the NHS. It’s clear our politicians have no interest whatsoever in delivering the “cycling city” they speak of in their master plan.

Please email the city council to express your disappointment with this regressive and reactionary decision. You can find email addresses at the following links: