We had the bestest day ever today. We went to Dunnottar Castle, a Mediaeval ruin on a dramatic and rugged outcrop near the village of Stonehaven. We caught the train to Stonehaven which was wonderful. I love trains and have sorely missed this mode of transport in New Zealand. It was only about 15 minutes on the train. Stonehaven is a cute little place by the sea with a beach and harbour.

From Stonehaven is a scenic walk along the rocky cliffs to the castle itself. It took about an hour to get there and both our kids managed it which was great. They complained initially but then we passed a sheep paddock with an electric fence. The electric fence sparked a great deal of interest and conversation. Daniel was especially curious and did what any self-respecting older brother would do: tried to get his younger sister to touch the fence so that he could see what would happen without getting hurt himself. Fortunately Elizabeth is pretty smart and didn’t fall for it.

Here are some of the views along the way: 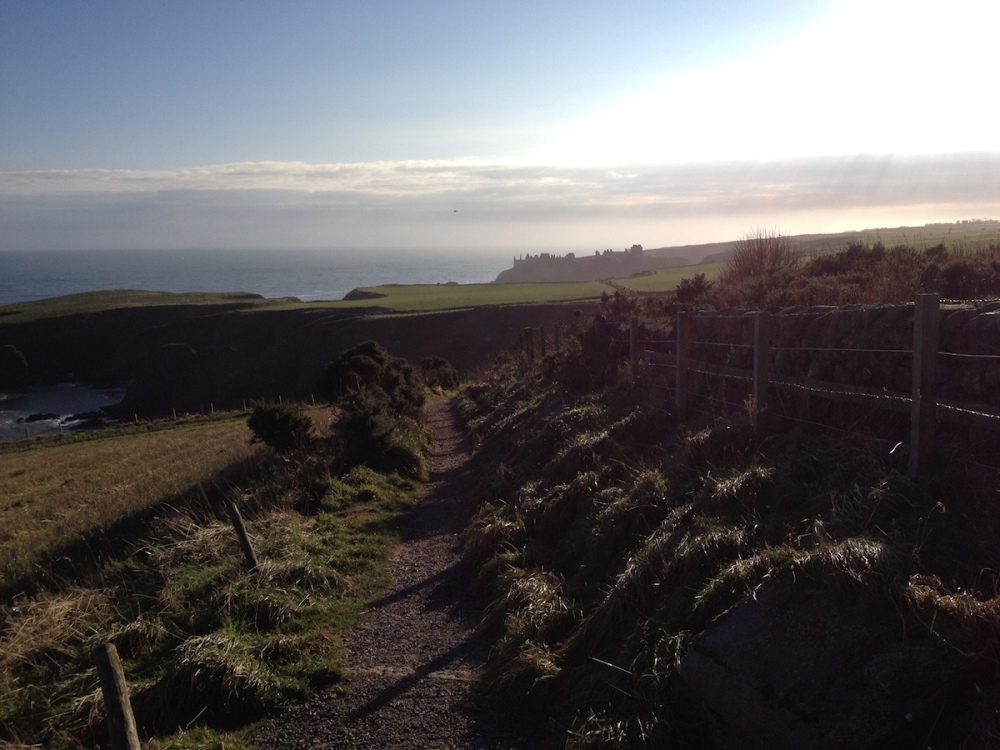 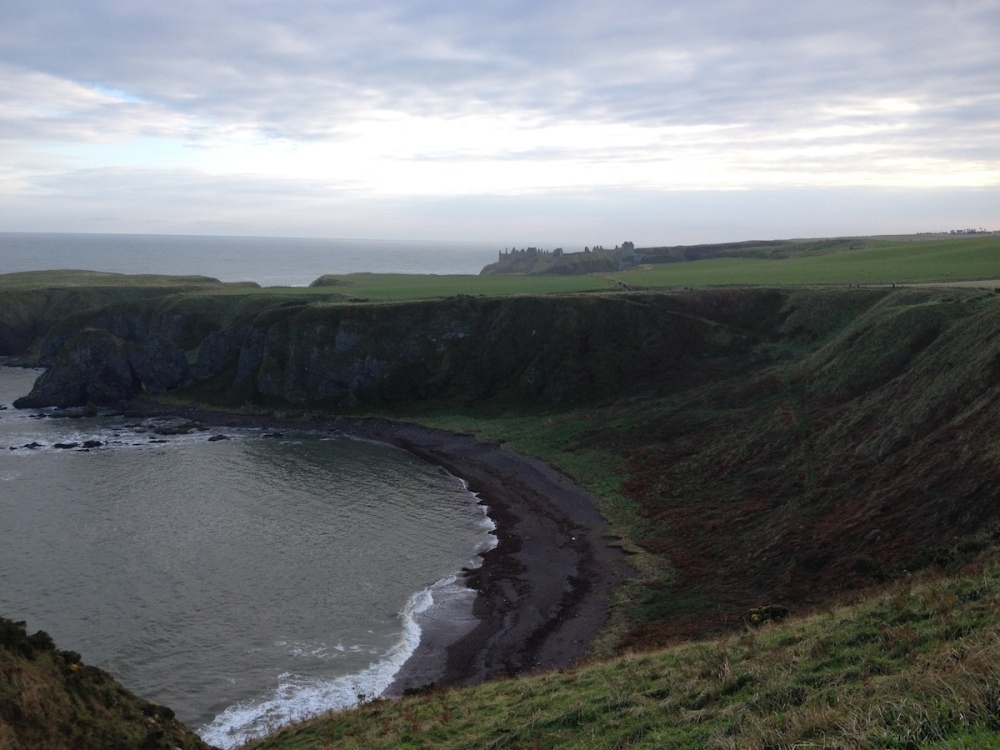 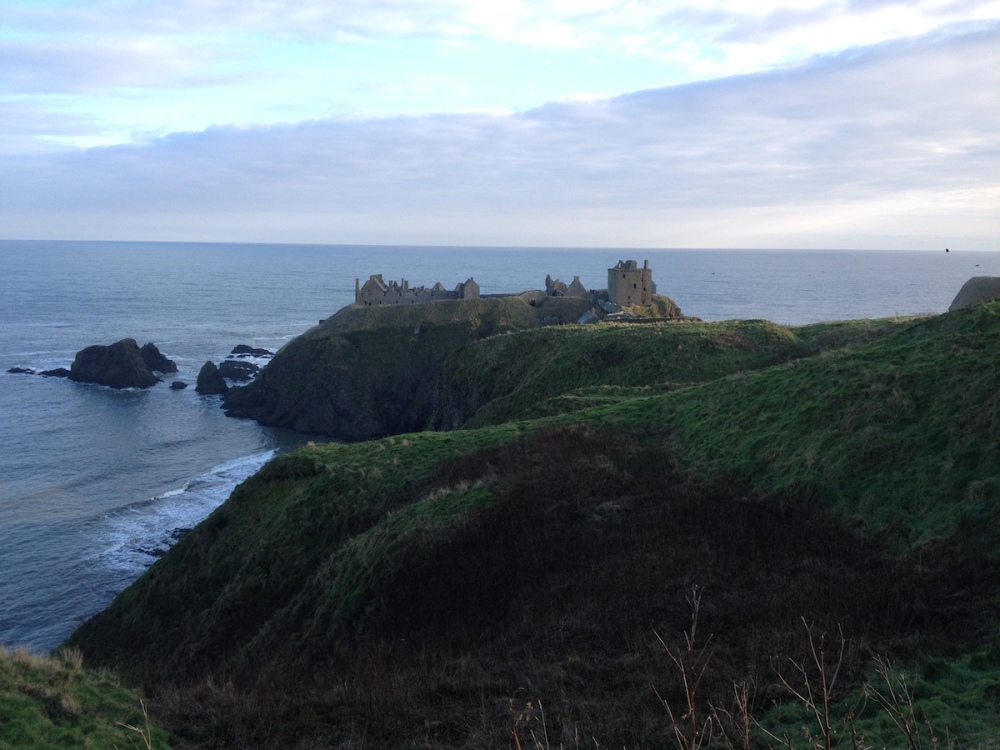 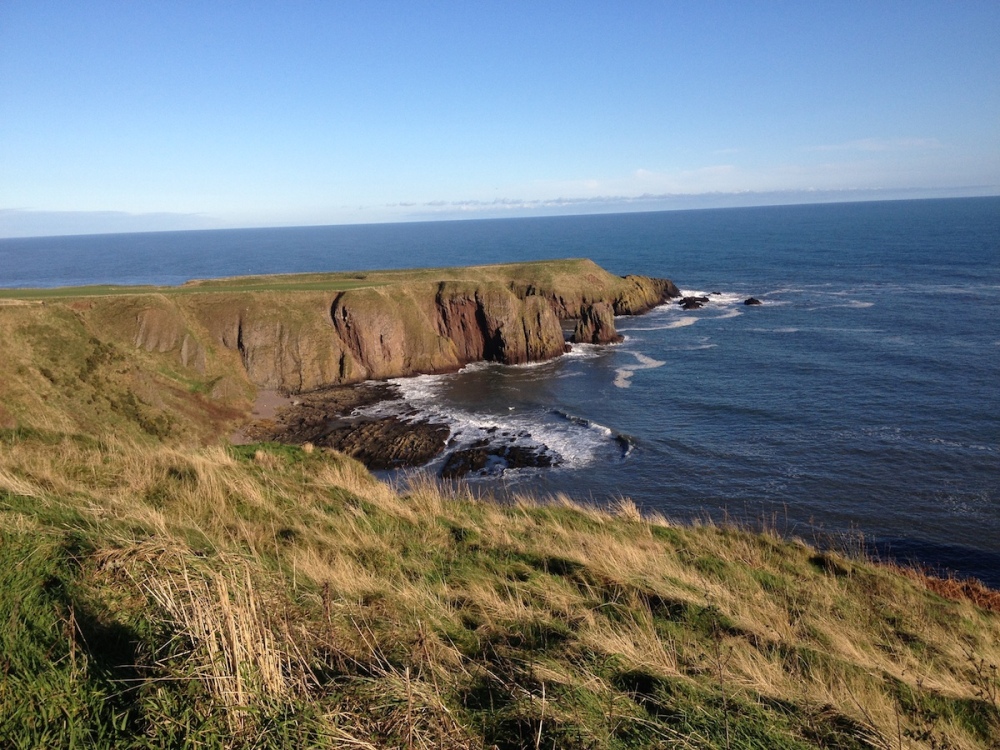 There’s a war memorial along the way which you can see in the distance in this next photo. There was an event there for Remembrance Day which is two days away and we could hear the bagpipes playing The Last Post. It was beautiful. 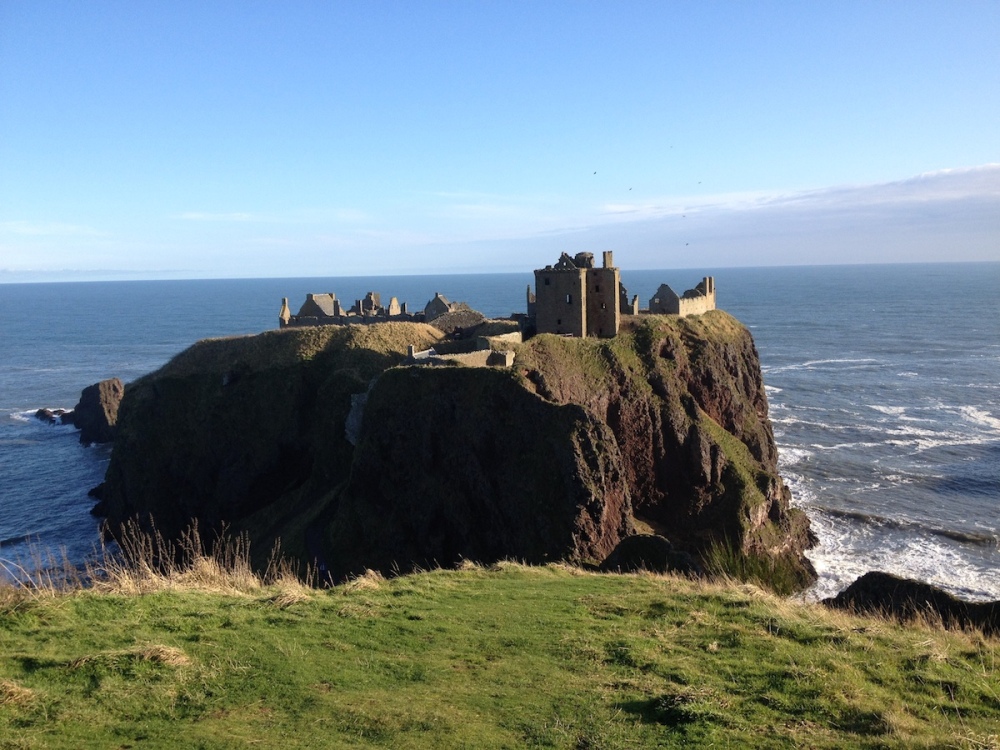 This next photo is the only room that has been restored to its former glory. It’s the drawing room.

We were a bit bemused by the notice in the drawing room which seemed to suggest that if you take your shoes off, you can stand on the table.

Stonehaven is a beautiful place but apparently the sewerage system needs some work.

It was a wonderful day out and all the better for the fact that we have no car. Catching the train and then walking from the village added so much to the experience. There’s a carpark at the castle and all those people who drove and parked there missed out on the coastal walk and the views and the bagpipes. Life is better without a car.