We finally got around to venturing inside York Minster today with two small children in tow.

Yes, it is beautiful and magnificent, but unlike other cathedrals we’ve been in, York Minster has hands-on activities for adults and children. There was this thing inside  (called an orb apparently) that looks a bit like a cancerous growth, but which you can walk inside to learn more about the stained glass. It was very good.

Daniel was particularly enthralled by an activity which involved making your own stained glass windows via a touch screen: 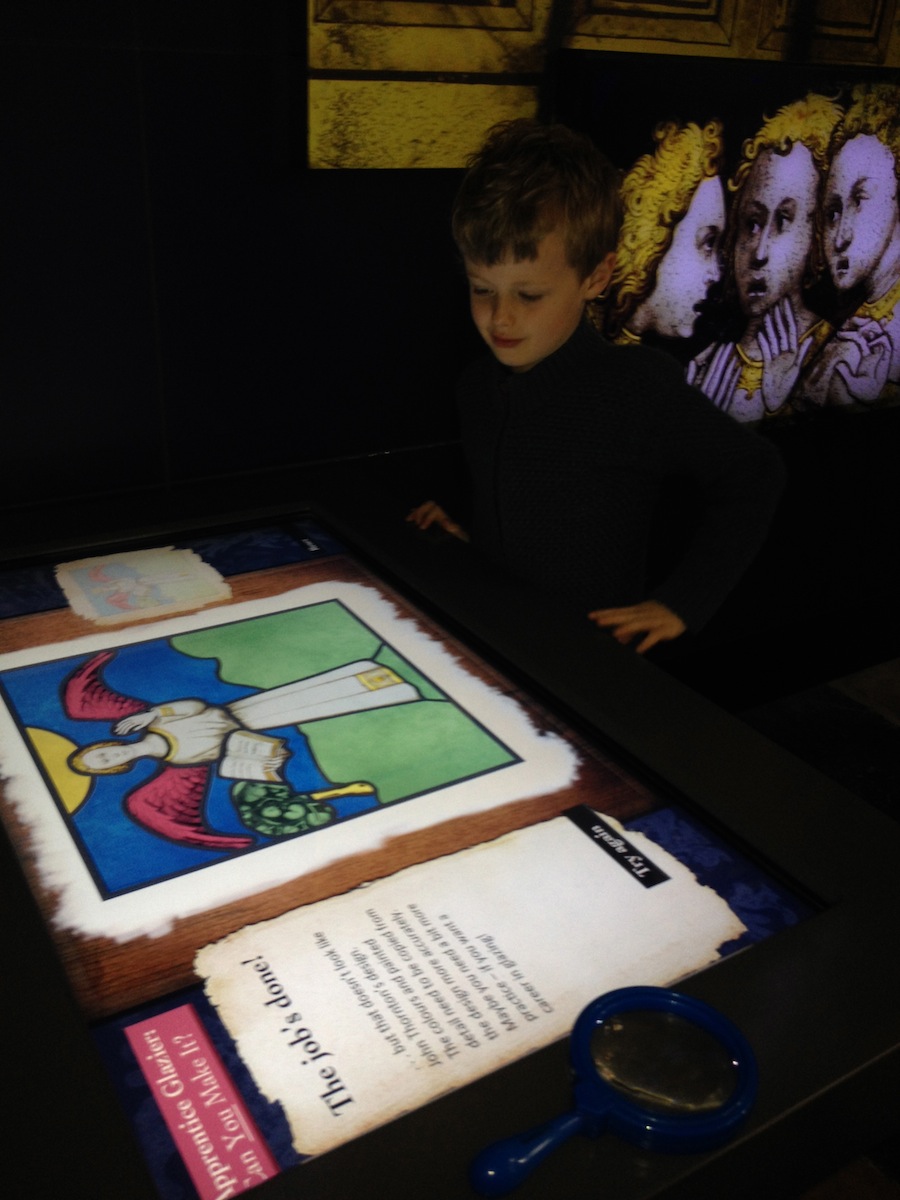 There were moments of child-led embarrassment. At one point, Daniel pointed to a sculpture of Jesus Christ nailed to the cross and asked (in his loud voice), “Who’s that guy?”.

Then he saw this tomb of a dead Bishop and, perhaps because of the naked cupids on either side, asked rather loudly, “Is he wearing underpants?”.

Then there was the begging me to ask where the toys are. All up though, I think both kids enjoyed the minster and that’s the main thing. York Minster also provides explorer backpacks with lots of little activities inside for children to borrow.

If you’re wondering what the difference is between a cathedral and a minster, a cathedral is the seat of a Bishop while a minster is an anglo-saxon word for a missionary church (whatever that means).

Work began on the Cathedral in 1080 and it has been added to and modified over the centuries. They are currently undertaking a colossal conservation effort of an entire wall of stained glass. They detail what’s involved in this process and it’s a monumental task involving all sorts of specialist teams. This particular wall of glass is the size of a tennis court. This is what it should look like when complete: 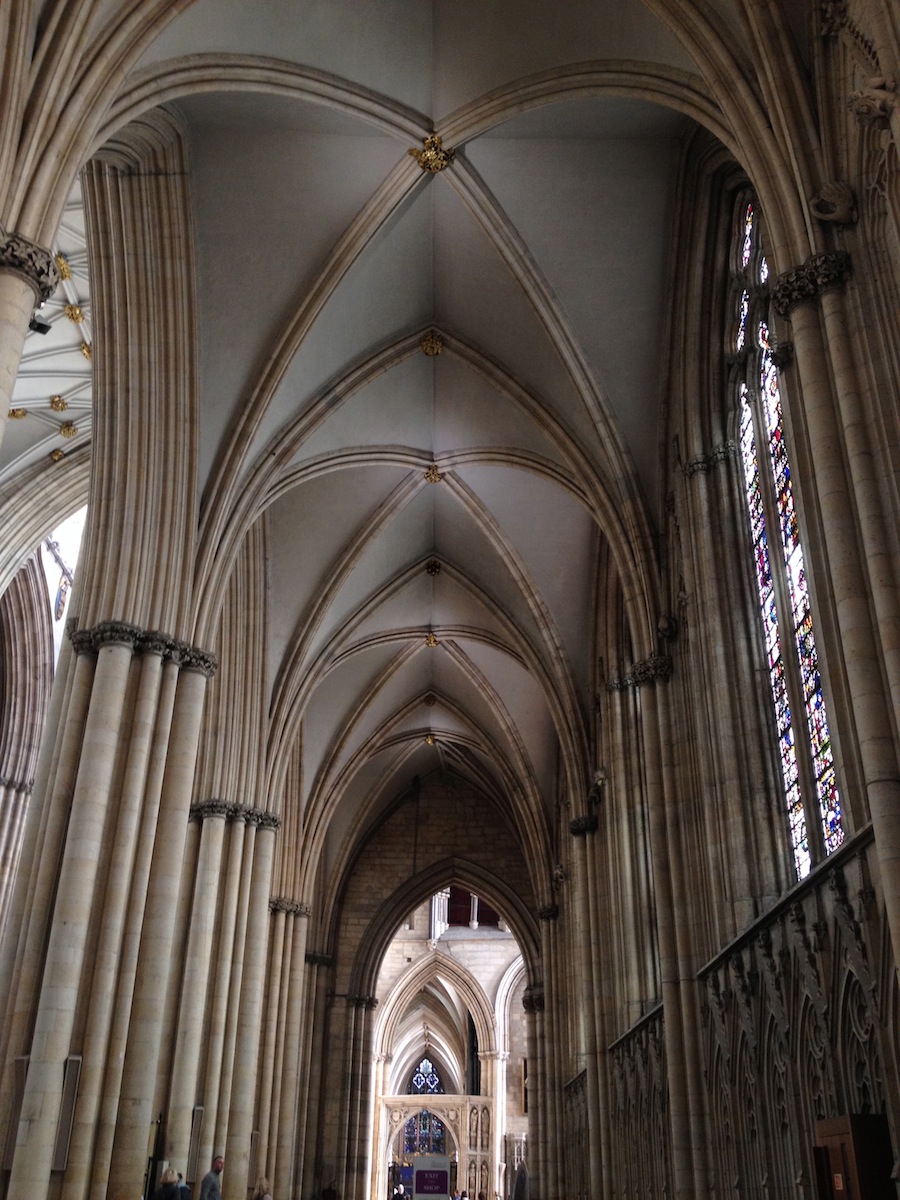 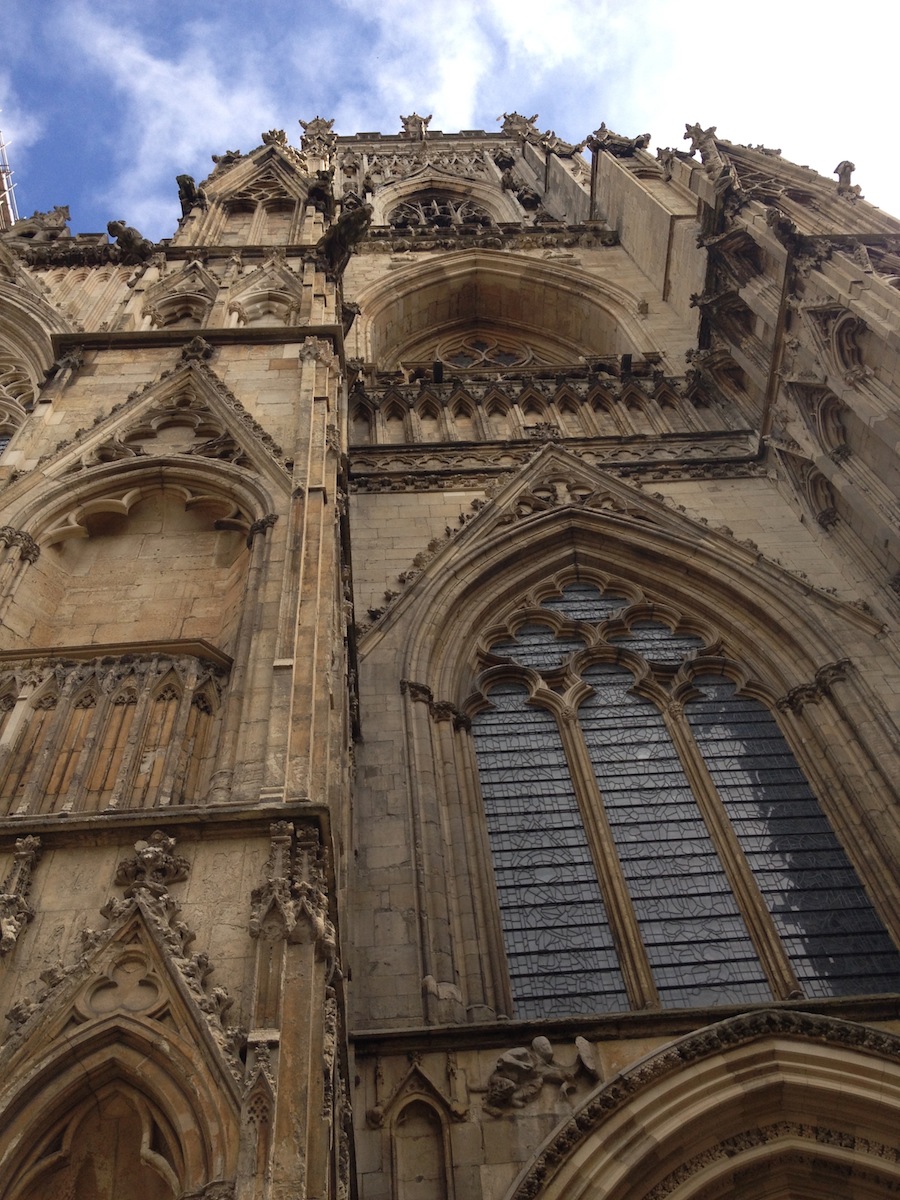 Right next to the Minster is this terrific green space. Isn’t York beautiful? 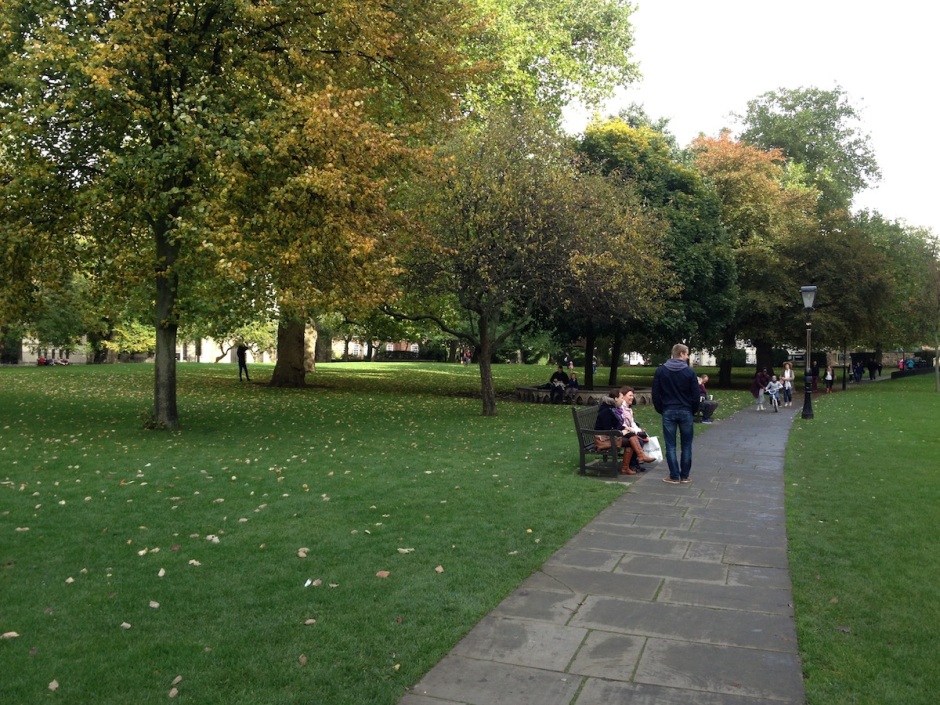 Another bicycle photo. This time of me with Busby the Bakfiets. I love my bike. I’m already dreading the time when I must say goodbye to it. When that time comes I will channel my grief into Auckland-bashing. You have been warned. 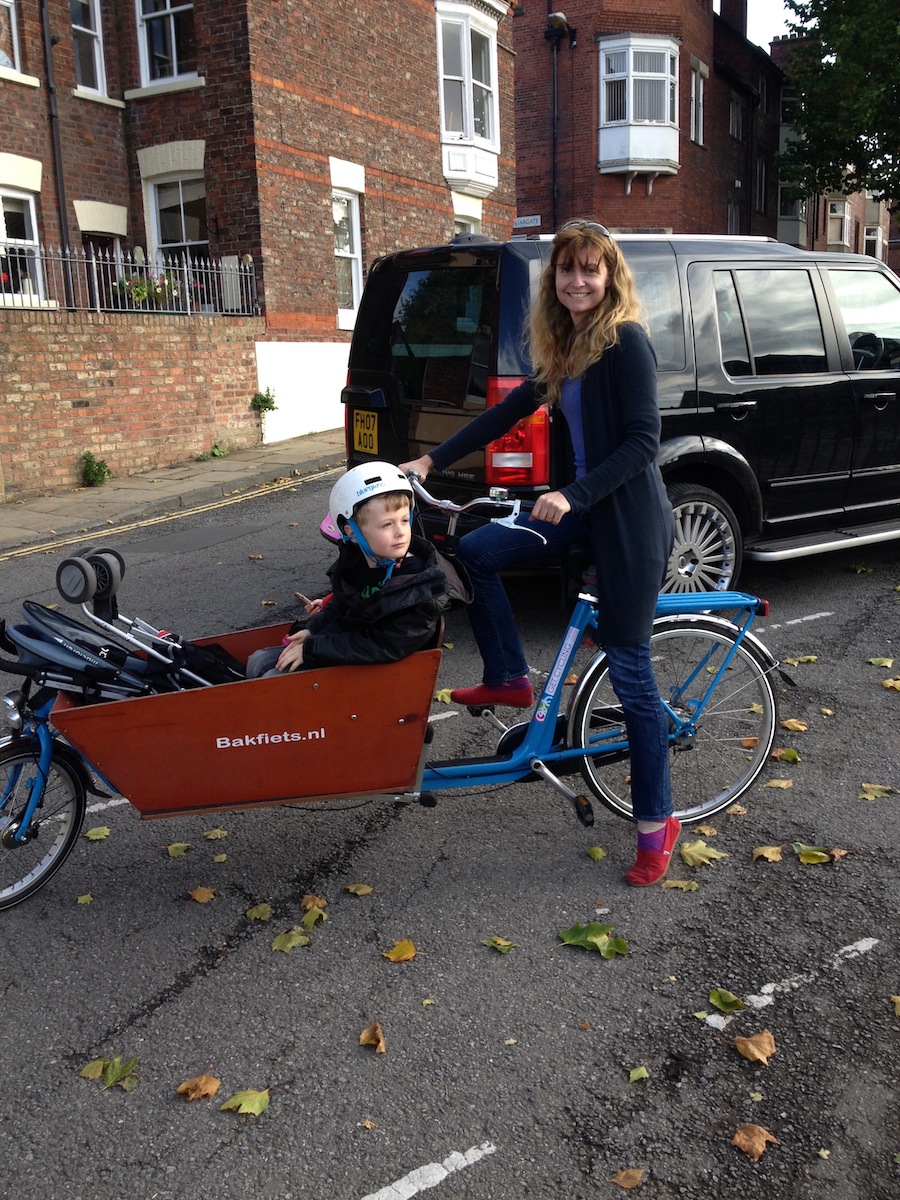 One last thing. Ben took the children to the park yesterday on Busby so that I could have some free play at home. Not only did he forget to take helmets for the kids but the whole bike fell over at one point. The consequence of this was howls of laughter from both children who thought it was the funniest thing ever. It turns out they don’t bang their heads on the ground when the bike falls over.