This decade started with a huge bang for us, literally. Elizabeth was born on New Year’s Eve 2009 at about 7pm. Then nine months later, on the 4th of September 2010, the Christchurch earthquake sequence began and changed our lives forever.

Elizabeth’s birth was a textbook perfect birth except for the part where she was two weeks overdue and had to be induced. During the day on New Year’s Eve 2009, I was induced at the hospital in Christchurch. Contractions started fairly soon afterwards and she was born within about 3 hours. It was a completely pain-free birth because I’d done the natural birth with Daniel and decided the next one was going to be with an epidural. So determined was I to have the epidural that I signed all the relevant paperwork months and months in advance. Thankfully, I got my epidural which I later discovered didn’t contain any drugs and was a block only. Elizabeth arrived very quickly without much effort and not even any tearing. It was just Ben and the midwife present, and that’s it. As soon as I could walk again, which was a few hours later, we drove home.

Everything went smoothly at home with Elizabeth and life was pretty good. Then September came and with it the earthquakes. Thus began one of the most challenging periods of my life. I blame my wrinkles and grey hair on the fear and anxiety that the earthquakes generously dolloped upon us. It wasn’t just one earthquake but thousands and thousands and when you have little people you are responsible for and feel you cannot ensure their safety, it increases stress and trauma. The anticipation that at any moment another earthquake could strike, more devastating than what we had already experienced, kept me on edge 24 hours a day, 7 days a week. There was no break, no respite, no much-needed restful night of sleep because earthquakes do not sleep. I was barely coping when we moved to Auckland in mid-2011.

After 6 months of living in Auckland, my heart eventually stopped racing with every bus or truck that passed our home and I felt normal again. But we didn’t like Auckland as a place to live and our search for a home continued for several more years until finally, towards the end of 2014, we made our home in Scotland.

The past five years living in Scotland have been the best years of my life. I love this country and the people, the culture, the landscapes, the climate, the education system, and the boring geology. The kids are thriving here as are Ben and I.

We have a family tradition for Hogmanay and Elizabeth’s birthday which is to go to the pantomime at His Majesty’s Theatre in Aberdeen. Alan McHugh writes and performs in Aberdeen’s pantomime every year, at least since we’ve been going starting in 2014. They’re such funny and entertaining shows, thanks in large part to his wit, costumes,  and comic performances. I can’t imagine the pantomime without him. This year was Cinderella and one of the best I’ve seen.

We’re not allowed to photograph or film any part of the show so as not to give any secrets away but I took some photos in the theatre beforehand. The theatre itself has its own entertainment value. Apparently, Billy Connelly once described it as “like playing a gig inside a wedding cake”. 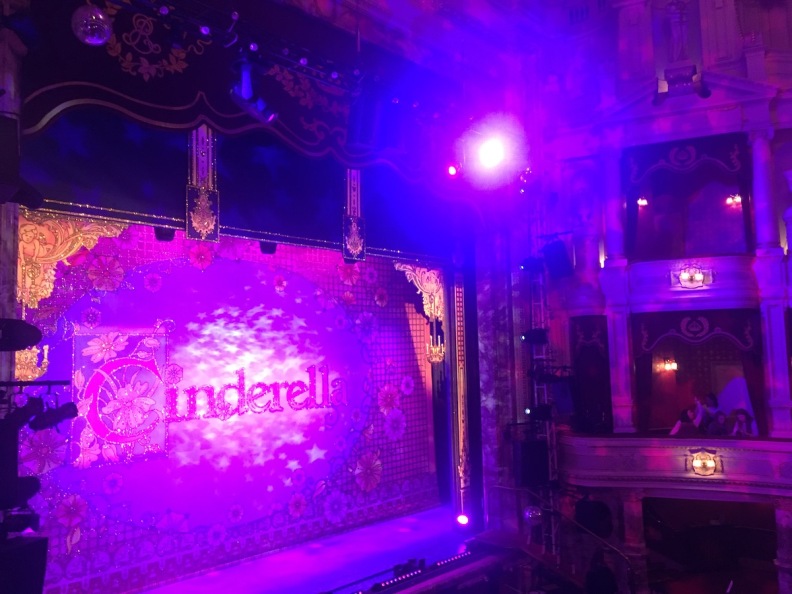 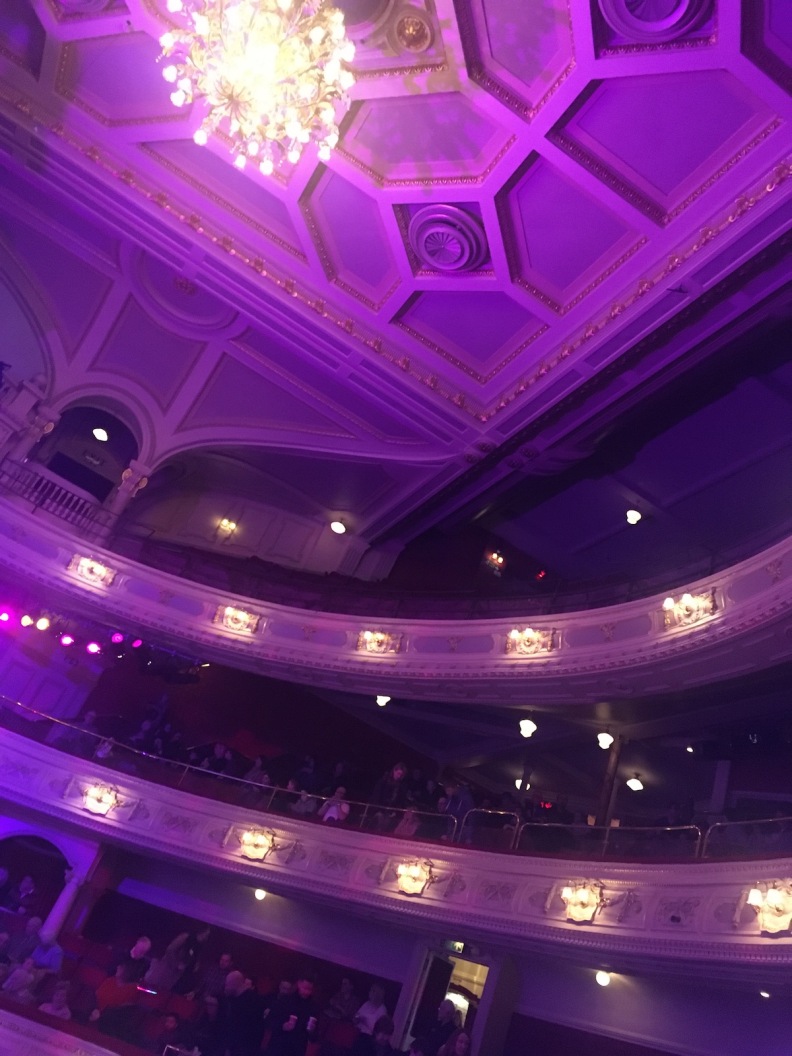 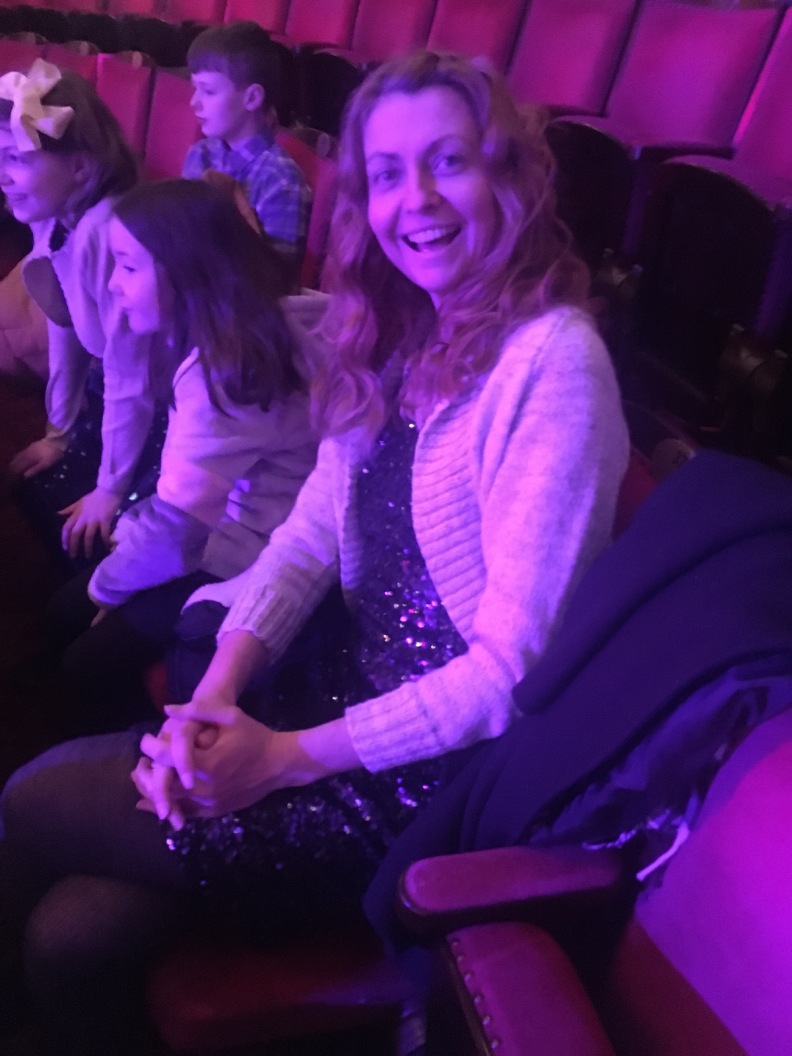 After the pantomime, we went ice-skating at the Christmas village. 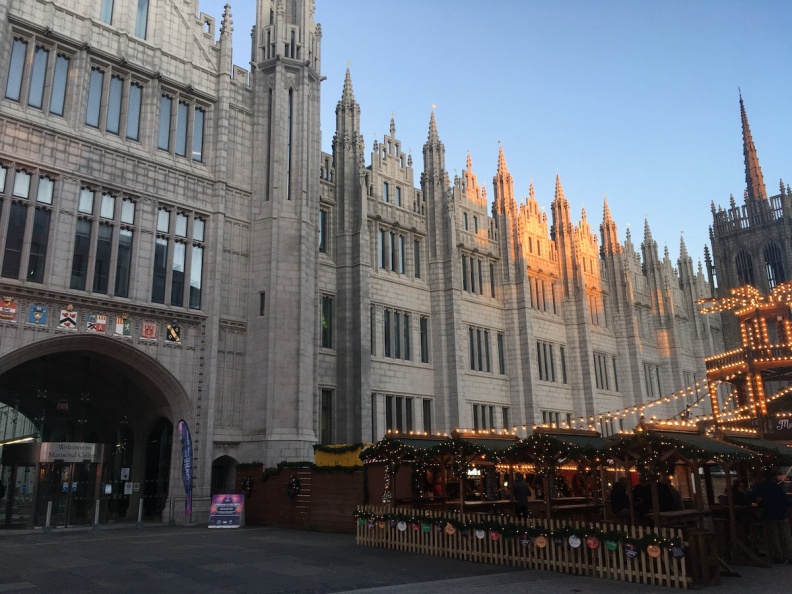 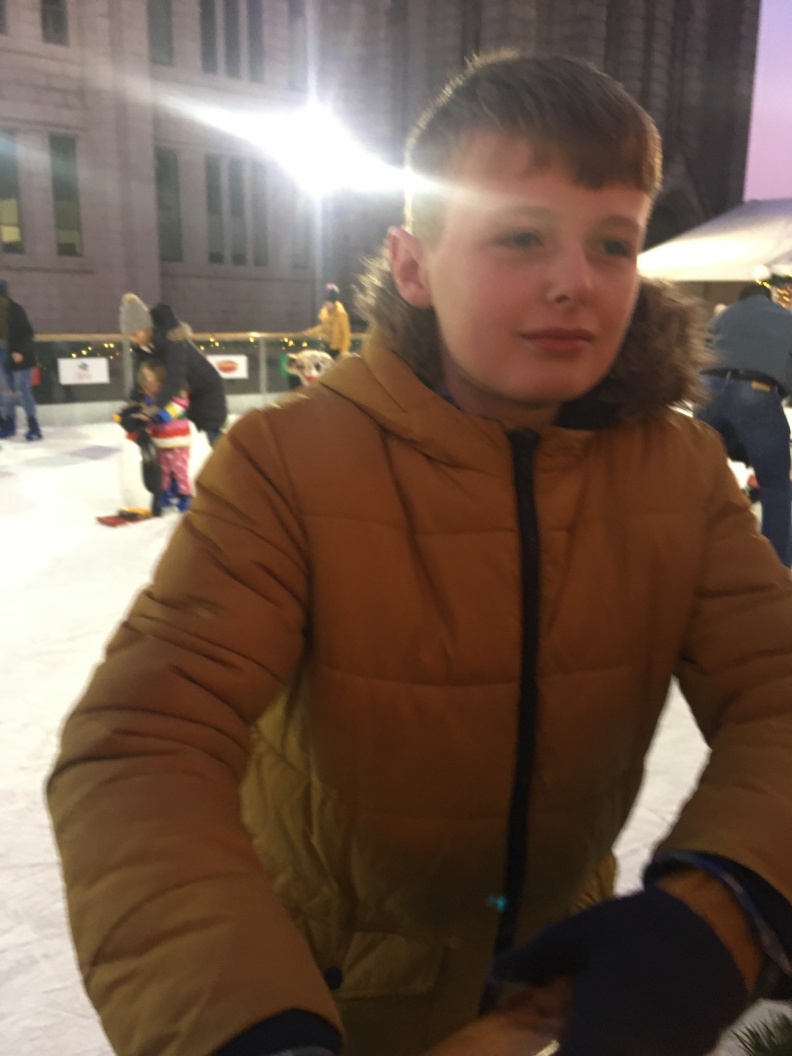 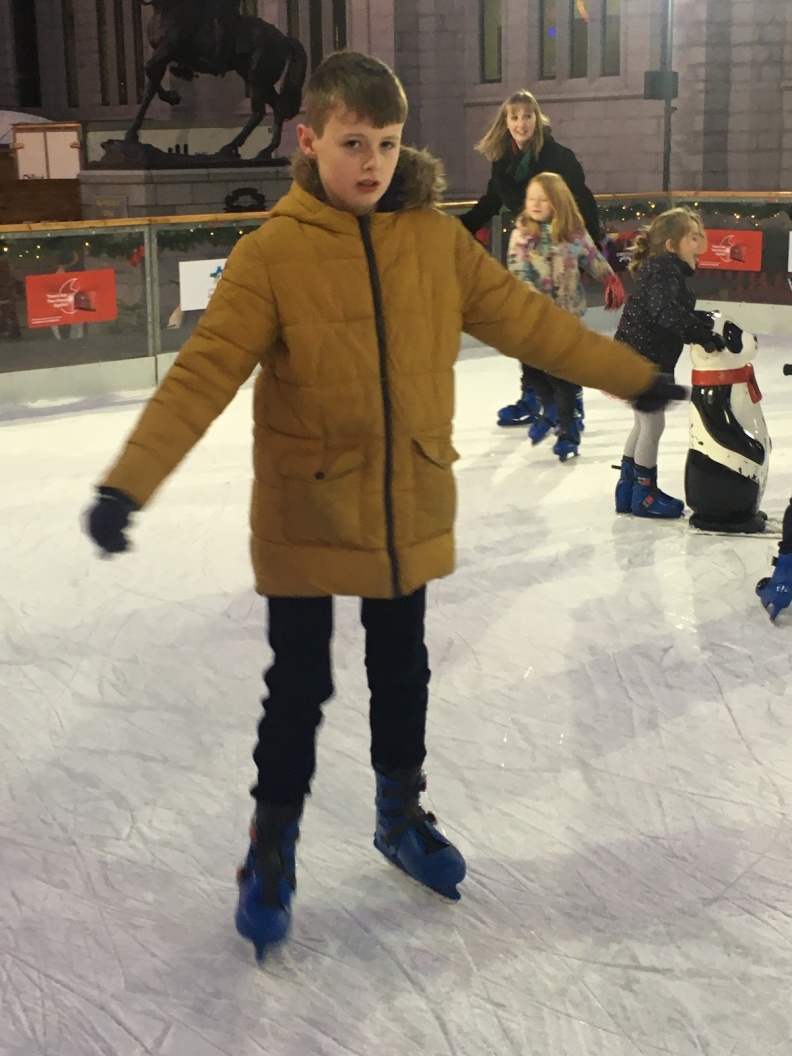 I’ve been starving myself for the past few days in the hope of being able to zip up one of my dresses again and today I managed it which made me happy. However, it’s still very tight, much tighter than it used to be, and I very nearly zipped my skin into the zip.

I’ve been doing the 16/8 diet (eating from 12pm-8pm) and also running again, although I didn’t run today. As soon as I’m back to my usual weight I’m going to go back to eating breakfast again but perhaps just snack a bit less during the day. I have got into the habit of eating pretty much all day long and indeed hunger pains had become something foreign for me. I think it’s probably good for healthy adults to feel hungry from time to time.

What’s in store for the new year and decade? I really have no idea and it’s probably better that way. As long as there’s no earthquake in nine months I’ll be fine.

Happy New Year everyone and may the 20s bring peace and happiness to you all.