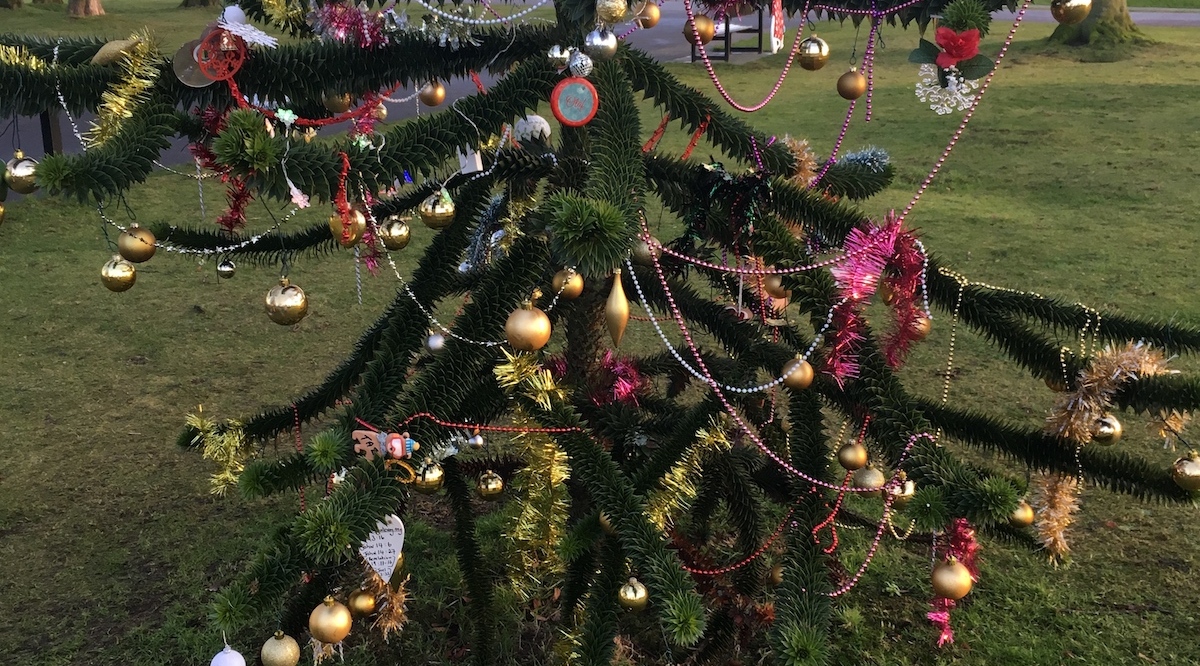 One of the nice things about having a blog is it becomes an historical record of what I’ve done or where I was at a particular moment in time. I sometimes wonder what I was doing for Christmas in 2012 or 2013 and all I need to do is go back through the archives of my blog to see and remember. In this spirit I want to add 2018 to the Christmas archive.

It has been a truly wonderful day. No snow but we awoke to a thick white frost which turned into a beautifully sunny day. We stayed at home in Aberdeen but Ben’s family from Switzerland and New Zealand came to celebrate with us. As the host I did loads of cooking and it all turned out splendidly but I had lots of help. Guests employed themselves as vegetable peelers, nut crackers, salad spinners, and sauce stirrers. For lunch we had Jamie Oliver’s pistachio and cranberry nut roast (but a vegan version without egg and cheese), vegetarian haggis, some salmon for the meat-eaters, roast potatoes, parsnips, sweet potato, peas, salad, and brussels sprouts. I made a whisky sauce to go with the haggis and we had a traditional Christmas pudding for dessert. The Christmas pudding I bought from Marks & Spencer and it was accidentally vegan – one of those products that isn’t trying to be vegan but just is – and really good.

Some photos of the spread. 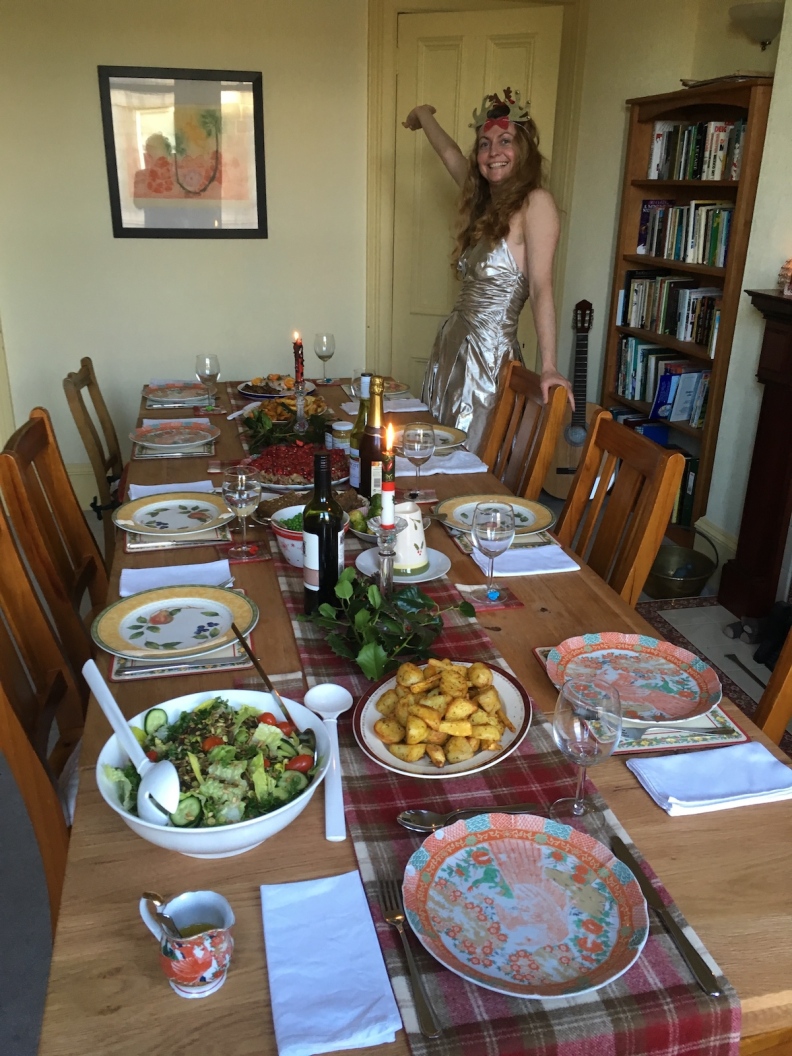 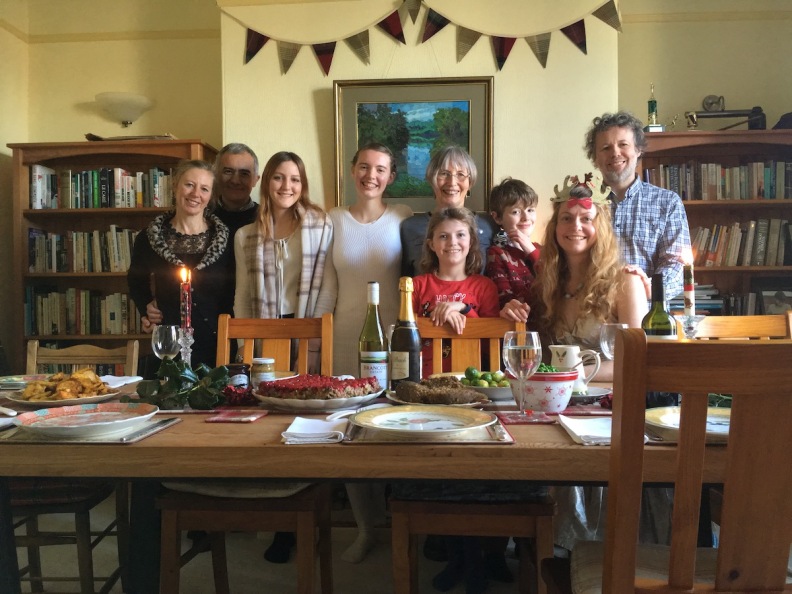 I ate so much but vegan food doesn’t give you the same sickly full feeling that you get when you eat fat from animals.

We poured whisky over the pudding and set it alight.

After lunch we went for a walk in the park. The lake has a thin layer of ice on the surface and if you look very closely at the far side of the lake in this next photo you’ll see a dog walking on the surface. 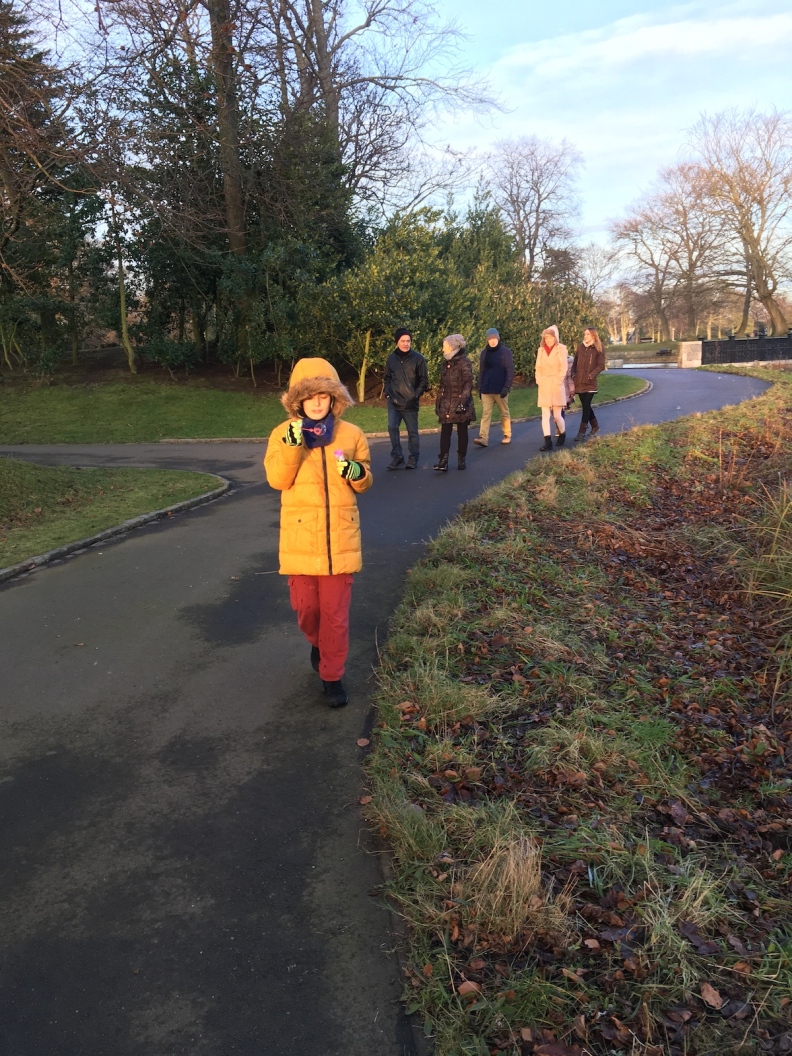 People have decorated a tree in Duthie Park and added labels for all their dead pets, wishing them a Merry Christmas.

This evening we went for a walk again, visiting some brightly decorated homes in the neighbourhood. 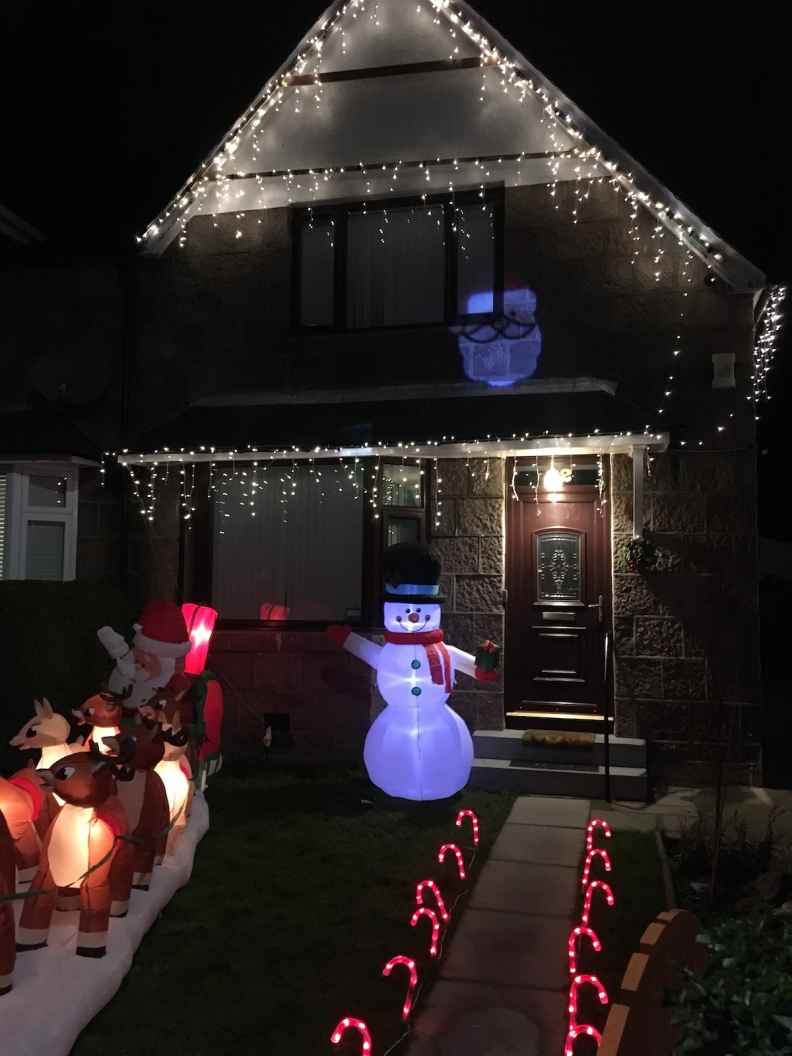 Daniel and Elizabeth had a lovely day. Daniel keeps saying it’s the best Christmas ever. He got a Rubik’s Cube and has been intently working on it for hours, but getting upset when he completes one face only to mess it up again. Elizabeth got a vegan mug cake book as a present and has been obsessed with it all day – she’s already made herself a banana chocolate muffin in a mug in the microwave. She says it was delicious.