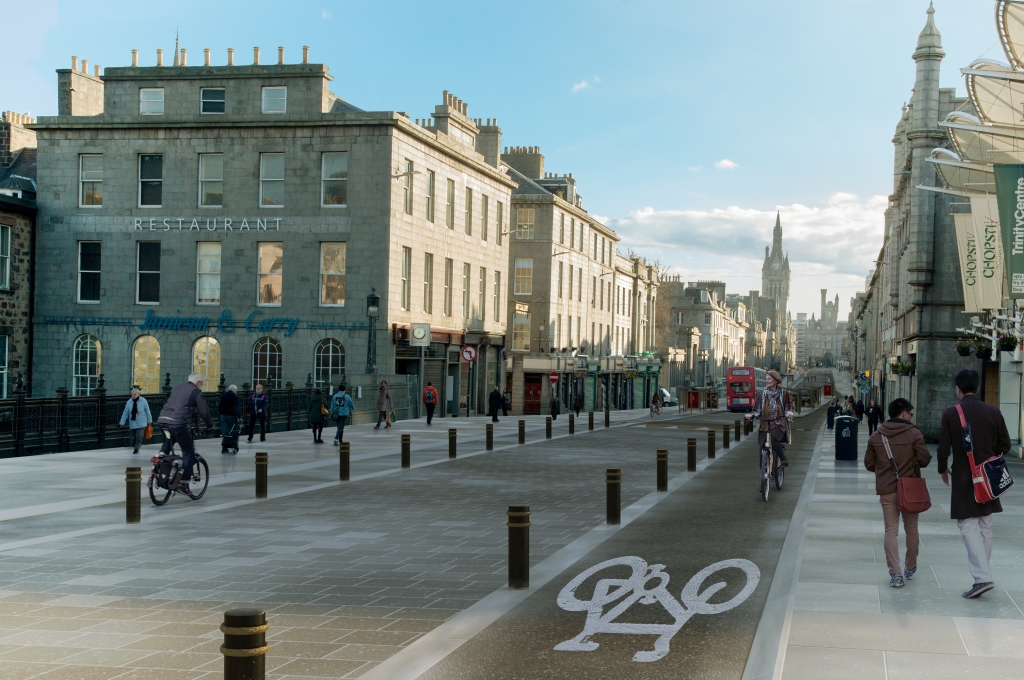 Which of the following two photos do you think looks better?

Union Street without a bike path: 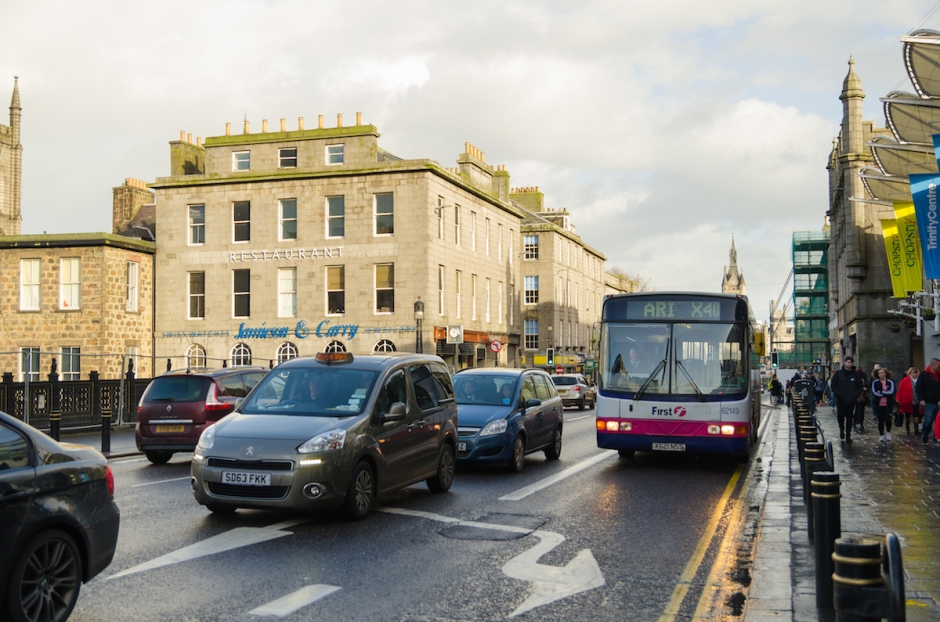 Union Street with a bike path: 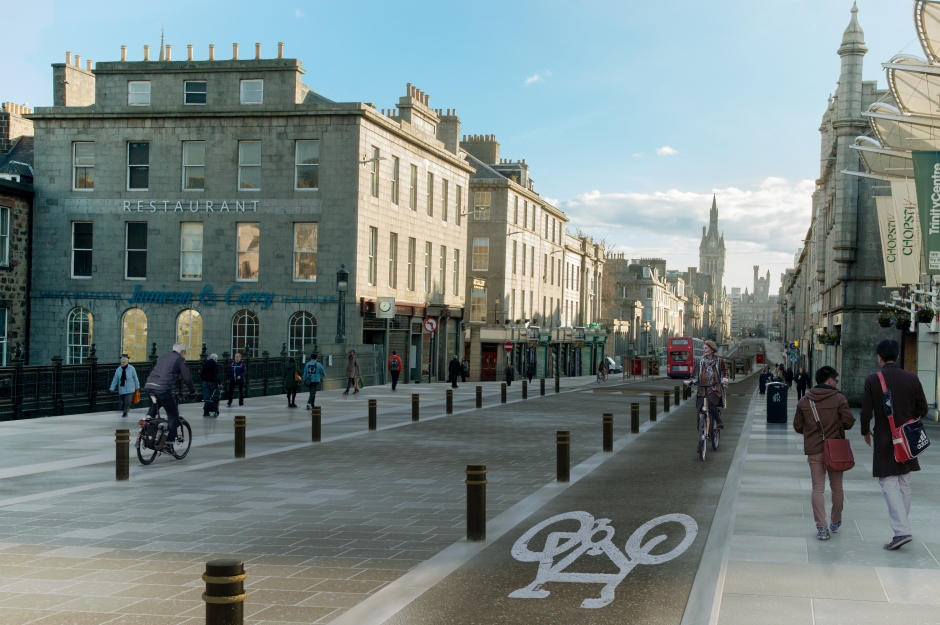 The second photo is an artist’s impression produced by Cycling UK. It was a year ago last month that I discovered the city council had no plans for a bike path through the city centre. I knew I had to fight it. It just took me a year to summon the courage.

Cycling UK are a great organisation and have been really supportive with this mini campaign of mine. They can provide assistance to others around the UK who are also campaigning for bike paths. I recommend contacting them if you need help. They wrote the press release for me and submitted it to all the local media. It was a huge success. Here’s a summary of the media attention:

I also did an interview with BBC Radio and Original FM. I don’t have web links for these but a couple of people told me they heard the Original FM one and said it was good.

The print version of the P&J has a slightly different image (that’s not my bike): 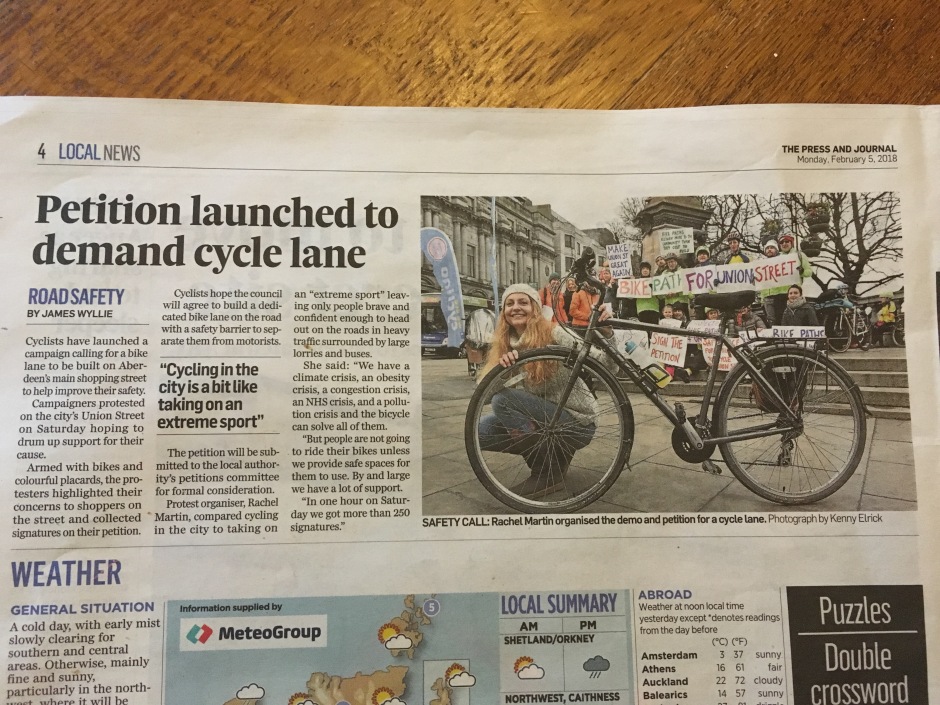 On the whole Aberdonians have been really supportive. I have come across a few objections on social media but they are a minority and often their objections are irrational. One person told me cyclists don’t deserve bike paths because we don’t pay road tax. My response now is to suggest that if they think my 8-year-old daughter should pay vehicle tax for her bicycle then they need to take it up with Westminster (there’s no such thing as road tax which was abolished in 1937). Often these people are deliberately contrary. They complain about non-issues without recognising what the real problems are. These are childhood obesity, an NHS in crisis, traffic congestion, pollution, climate change – the humble bicycle can solve all of them but only if there’s safe space for cycling. Let’s bring real solutions to the table and turn Aberdeen into a modern city that truly promotes active travel.