I took Dad to Dunnottar Castle today. I booked the electric car again which I had no problems starting but we couldn’t get the plug out of the charging station. I phoned Co-wheels and they weren’t sure either so they said I could just leave it there and that’s what we did.

I have been to Dunnottar Castle before but it’s the kind of place you can visit many times without getting bored. The castle is old and in ruins now but it’s perched on the top of an imposing and scary-looking cliff above the sea. Humans have lived on the site since 5000BC and the castle itself dates from the 13th century. The history of the stone walls combined with the natural beauty of the environment make it a fabulous place to visit and it’s only 18 miles from Aberdeen. 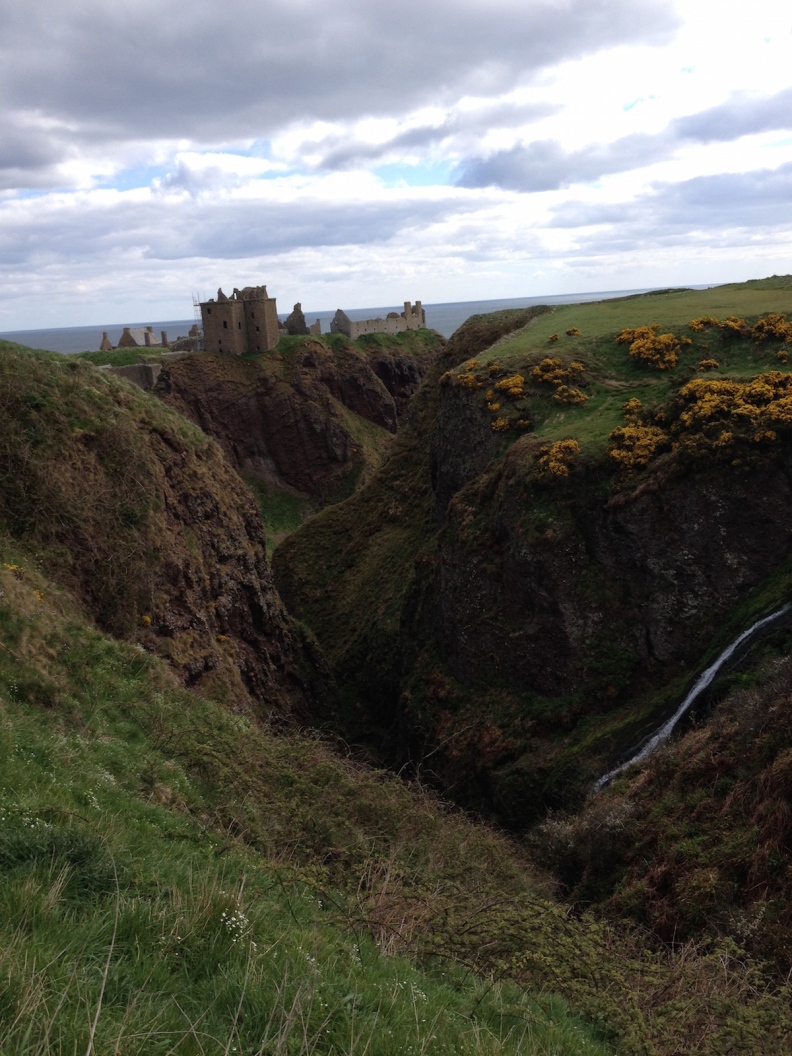 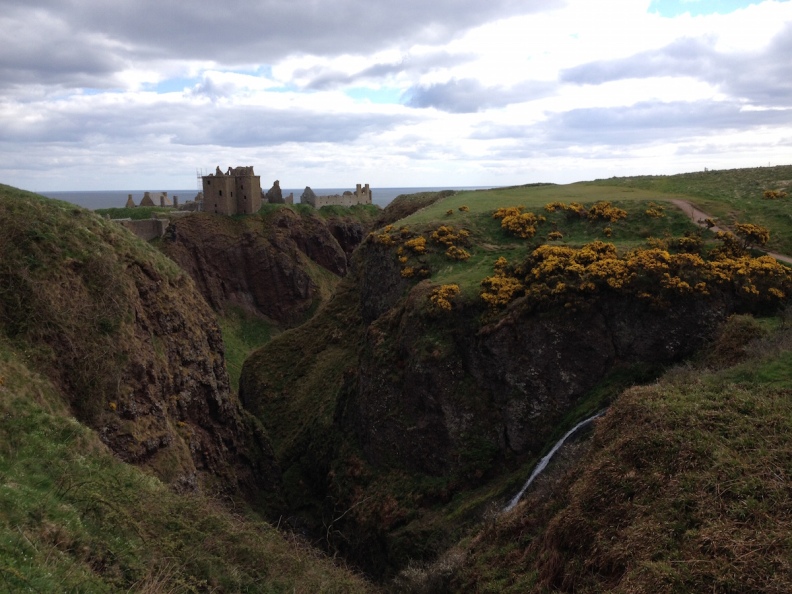 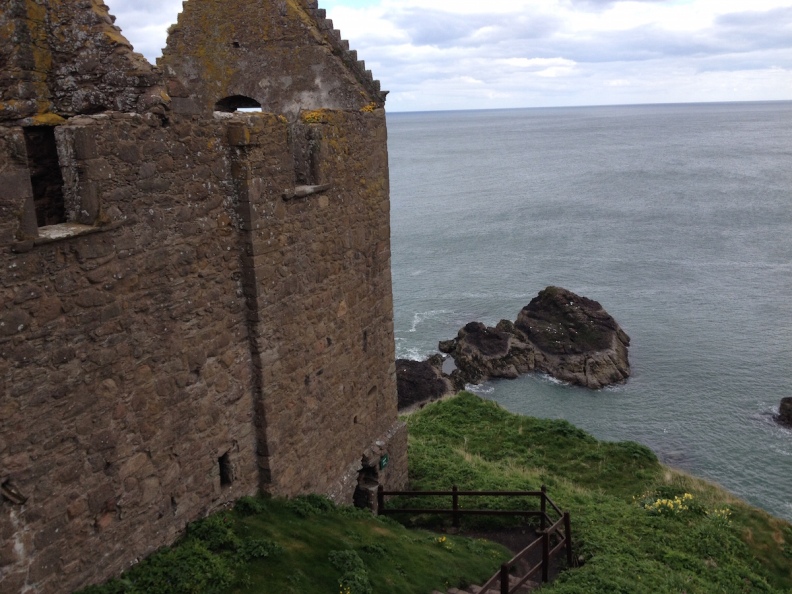 The guy in this next pic is saying, “How did you get up there?” 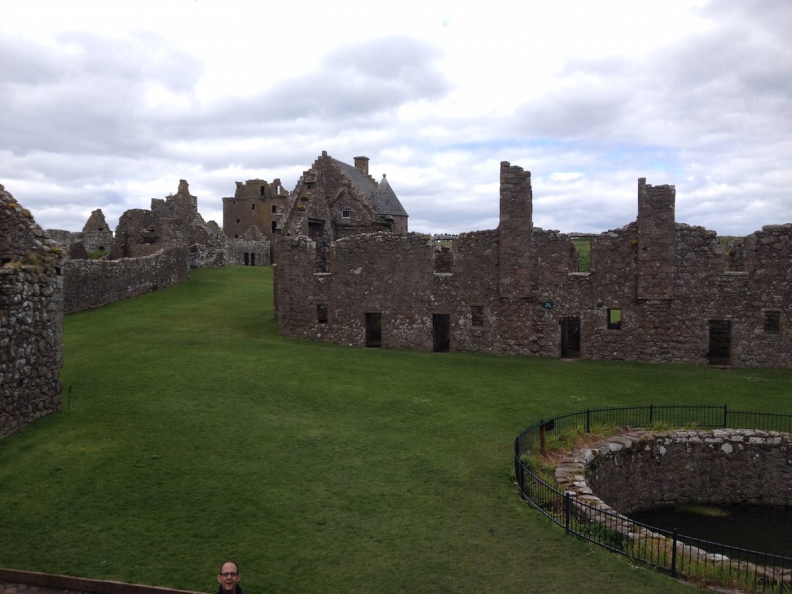 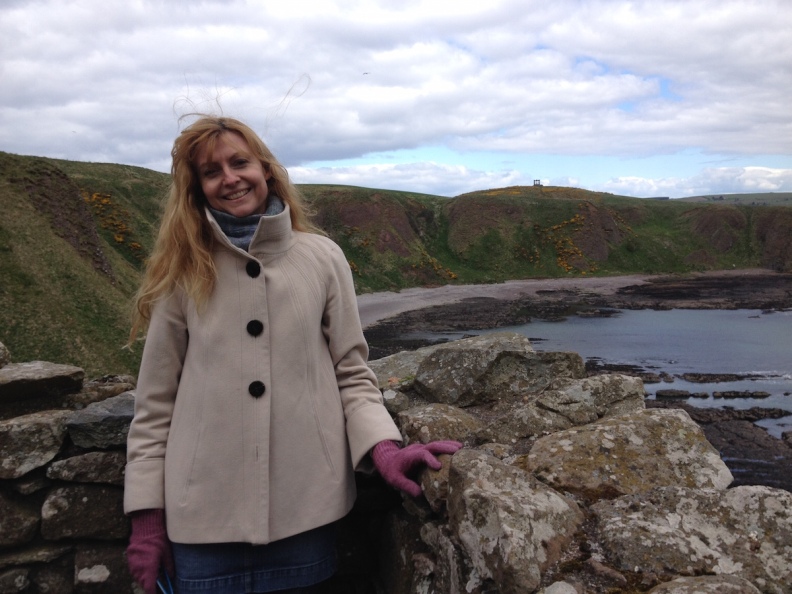 This was the castle brewery: 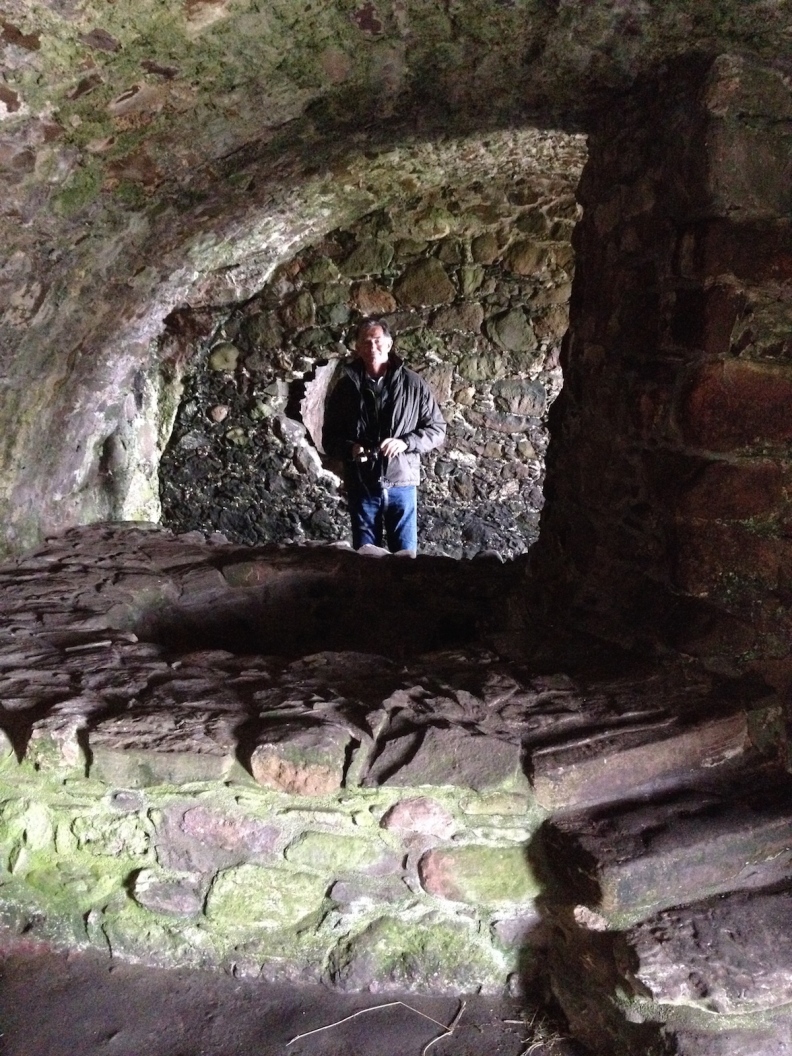 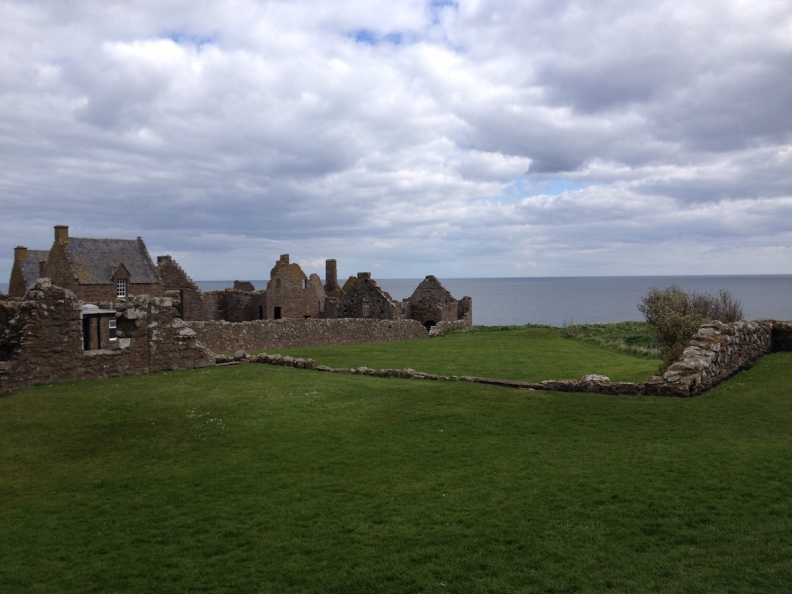